In early January, federal prosecutors in New York and Chicago unsealed sweeping charges against R&B singer R. Kelly, accusing him of abusing women and girls for nearly two decades, including what I would call domestic minor sex-trafficking and child pornography.

Because this behavior continued over 20 years, not exactly under the radar, and that R. Kelly is arguably the most popular R&B artist of all time, his actions have widespread impact on the lives not only of those he abused, but on Black women and girls in general.

The stories have surfaced of R. Kelly hanging around high schools, looking for young Black girls to kidnap, rape, prostitute, and force into doing pornography. This happened at the same time as other high profile stories in the media where Black girls are targeted in this way.

The fact is that abusers like these understand they can do anything to Black girls and mostly get away with it.

Even with R. Kelly, the first case against him was dropped when apparently the girl witness was paid off. Additionally, some of the jury didn’t believe the witnesses. There’s generally an attitude against Black girls, as if they deserve to be abused. And as I said, the women and girl victims of R. Kelly are just the tip of the iceberg of who was impacted by his actions. 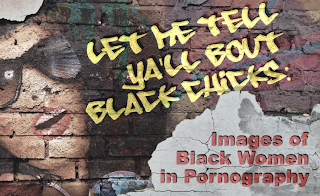 Consider the fact that R. Kelly produced a video of himself urinating on a black minor girl that was distributed widely at flea markets in Chicago and elsewhere. There’s actually a blurred out film clip of that in my documentary “Let Me Tell Y’all About Black Chicks.” How many thousands watched this video and then acted on it in some way with the girls and women in their lives?

R. Kelly himself says he had a problem with pornography, and this obviously had an impact on how he treated girls and women as an adult. This is the most egregious behavior and we cannot continue to be silent about this. We need to speak the unspeakable, and object to the normalization of the dehumanization of especially Black girls and women.

This is why I am so passionate about my work as a Domestic Violence and Sexual Assault researcher, documentary filmmaker, and speaker. It is my purpose to not only reveal the reality of the hardships, but also awaken people to the the legacy of Black women activists who came before me to reveal the mistreatment of Black women and girls.